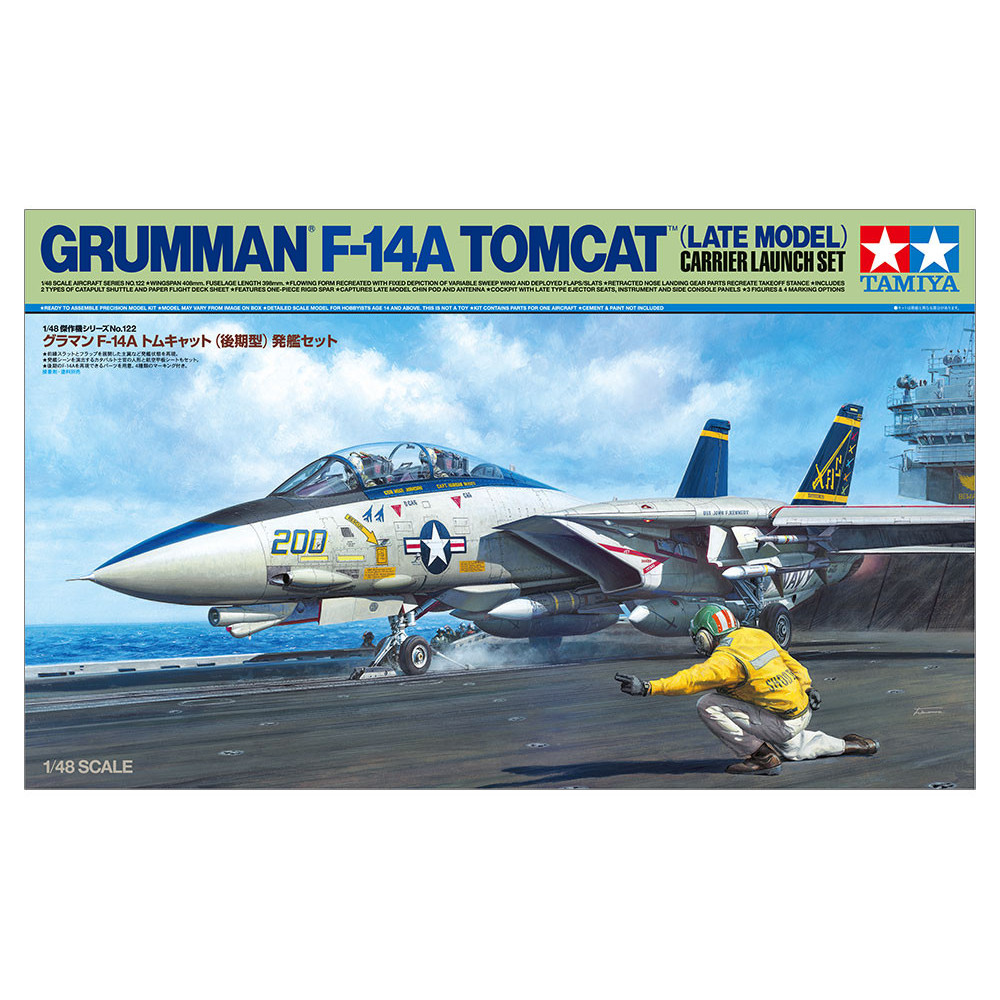 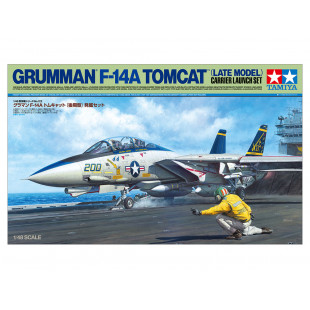 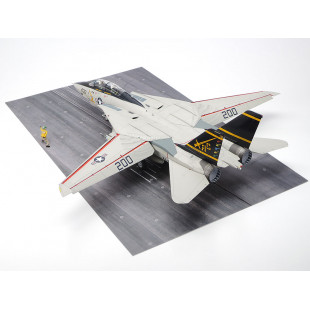 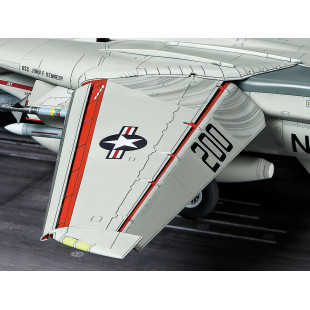 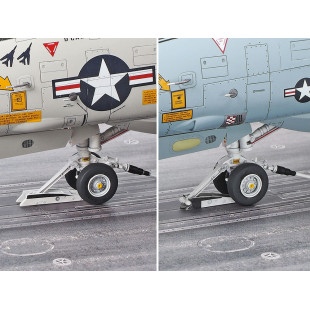 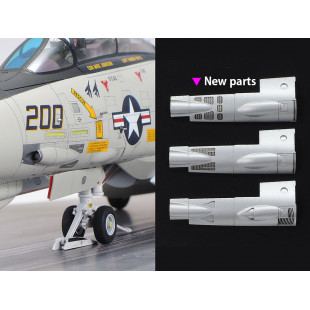 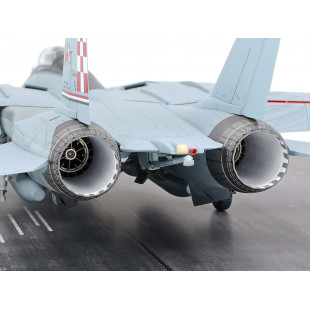 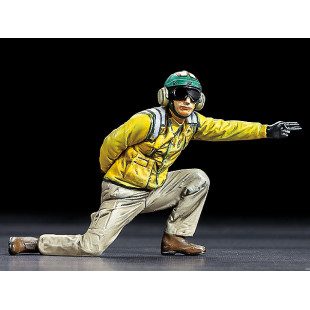 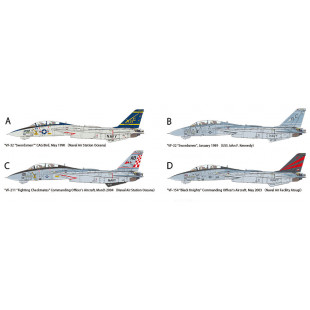 This model kit recreates the Grumman F-14A Tomcat. The F-14A Tomcat U.S. Navy Fighter is famous for being the first mass-production and the most-produced model among the F-14 series. This kit realistically depicts the F-14A Tomcat (Late Model) - in service from the late 1980s to the early 2000s- with wings featuring separate flaps and slats. The kit includes one crew figure and paper flight deck sheet for use on a super realistic diorama set.